Cold Pricklies for Behavior at Muchalaht Lake from Fellow Campers

I wanted to let everyone know about our recent visit to your beautiful lake on the long weekend. We arrived like everyone else, hoping for a spot at the campsite knowing full well it would be full and busy, after all it was a long weekend. We drove around and found a lakefront site so we jumped out to look closer. Well after a quick walk around we discovered not only two large barking dogs whose owner would not take control of the barking, but large dog bombs all over the empty site. Gross. So we moved on and lucked out with what looked like the last site available.  It was great, nice and sunny and not too far from the dock. We unpacked and began our day. The dock was a popular spot for sure with many families and dogs around. No problem, there was plenty of room for everyone, so we joined in. Well, it wasn’t long before we figured out there was a large group there who knew each other. Cool. We like that as we also have large groups of people when we camp as we play ball and are used to this. Well, as the day went on people drank more and more, and the discussions turned very inappropriate, especially since there were many children present. Soon the noise was quite loud as we notice drones above us. Drones are neat and I bet you can get some great shots. What we didn’t like was the fact that they kept hovering over the dock area where people were sun bathing including many young girls. Creepy and invasive. Anyways, back to the campsite we went. Partying was not too bad that night. The dock was in full swing again the next day with many of the group. At this point we discovered there was no camp host which was fine, everyone got a reprieve from paying ?

What was maddening was the fact that when we returned to watch the sunset, the water was completely littered with floating beer cans, cigarette butts and garbage from one side of the dock to the other. After talking with others, it was told that many of the beer cans were sunk in the lake and the newly erected sign was nowhere to be found although someone had been seen trying to surf on it in the lake. Once again back to our campsite. We then were blessed with the ATVs going around and around the campsite for hours on end before someone decided to block them with their truck. Slowed them down but didn’t stop it. Bedtime came and the partying started… and went most of the night with ATV’s flying by at a high rate of speed at 1:30 am. Again no camp host so no rules, we get it happens at all the free rec sites as well. The final day was spent packing up and enjoying as much as the sunshine as we could before we left. On the way down to the lake one of us stopped to use the outhouse and came across, not one but two piles of human excrement, right next to the outhouse complete with toilet paper. That was beyond comprehension. I think the hardest thing to swallow was that almost all the people I am speaking of were from Gold River itself. This makes me angry that this is your beautiful lake and you are representing your town. The initial thought was if this was my first impression of this town, I would never come back. Fortunately we have had many trips to your wonderful town and I know this is not a true representation of your fine community. We will very much miss Anita but look forward to meeting the new camp host and hoping that having a host in place will deter this kind of behaviour in the future. We love your lake and it is very sad to see people treat their own backyard this way.

Thanks for taking the time to read this. We feel like the people of Gold River would be just as upset as we are.

Submitter does not wish for their name to be published.

From The Buzz – I believe the Camp Host position does not start until July 1st, (correct me if I’m wrong) which is why Anita, or any other host would not have been there.

I have tried to not repeat myself this year, but the problem of left dog poop has gotten worse.   People, the size of the dog doesn’t matter-  dog poop is dog poop.  Please pick it up, especially if it is in places where people walk and children play.  It is a part of responsible dog ownership.

And if you don’t know where your dog has pooped in town, that means s/he isn’t on a leash and under control, in itself a problem.

If you need a lesson on how to use a poop bag, I can spare 5 seconds to show you.  It ain’t hard nor messy if you do it carefully. 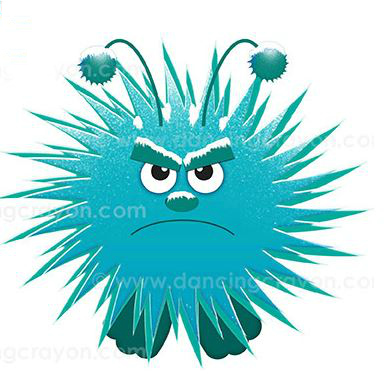 A COLD PRICKLY to whoever has been putting whole fish into the porta pottie down at the Marina.

It has happened 2 times now and there have been many upset local people! I am the Manager of the Marina and this is a seasonal position.

Someone around Larch Place has a dog that does the BIGGEST dumps on the common property (which is NOT publicly owned but privately) at my unit and won’t pick it up. I see this disrespect too much in our wonderful town. Does s/he need a lesson in how to use a poop bag?  As well, people need to wait until they reach a garbage can to toss their trash. We’re not exactly devoid of them.

Yesterday I went for a drive up the Quatchka Creek Valley and found a dead mature doe that someone had thrown off the bridge.  On closer inspection, I found that it had been shot and stripped of the prime meat only, (hind quarters, etc) and the rest left.  Cold prickles to this person or persons.