Taken from Museum at Campbell River: The Nootka Sound Crisis 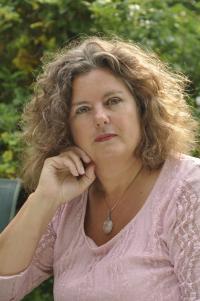 In 1904, the American scholar William Manning, author of The Nootka Sound Controversy, described Friendly Cove (Yuquot) on Nootka Island: “both the Spanish and the English deserted the place.  Neither nation ever reoccupied it.  Nootka is still inhabited by Indians.”

In June 1789, the Spanish, under the leadership of Esteban Jose Martinez, built a substantial fort at Friendly Cove, on a grassy knoll below where the lighthouse stands today.  What ever became of the fort?  Why did the Spanish abandon Friendly Cove?  These and other questions about the settlement of Nootka Island will be explored by historian Catherine Gilbert in her pictorial presentation about the Nootka Sound Controversy, sometimes known as the Crisis, that in 1789, became an international incident – putting into question the sovereignty of the Pacific Northwest between the Spanish and the British.

She will discuss the events that led up to the Crisis, highlighting such scoundrels as the opportunist John Meares who precipitated the incident, and will talk about Captain George Vancouver’s visit of 1792 with Spanish Captain Juan Francisco de Bodega y Quadra.  At this historic meeting, commemorated in recent years by a beautiful stained glass window in the church at Friendly Cove, the two captains attempted to resolve their countries’ territorial dispute.

The presentation will include a discussion about the important role played by the Mowachaht, whose territory was at the centre of this dispute and the relationship between successive European captains and the powerful Mowachaht Chief Maquinna.

This presentation will take place Saturday April 29 from 1 to 3pm and the cost is $7 per person.