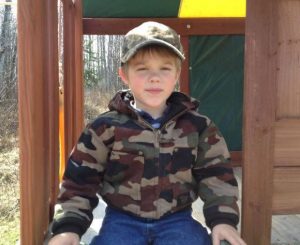 James Palmer (Cole’s Dad) was a Gold River resident in the 70s, 80s and 90s. They are fundraising to support his 7-year-old son who has a rare cancer.

Cole Palmer is an active, Star Wars loving grade 2 student at Telkwa Elementary in Northern British Columbia. On December 31st, 2016, Cole lost the feeling in his legs and the ability to walk. He was flown from Bulkley Valley District Hospital in Smithers to BC Children’s Hospital where a tumour was found on his spine. On January 1, 2017, Cole had surgery and part of 4 vertebrae with the tumour were removed. Cole was diagnosed with Ewing’s Sarcoma, a rare disease in which cancer cells are found in the bone.

The road to recovery for Cole will be a long one. He will be in Vancouver for at least 8 months undergoing chemotherapy and radiation for the cancer and physical rehabilitation as Cole is still unable to walk. Thankfully Cole is receiving the best treatment possible at BC Children’s Hospital. The staff and the volunteers at Ronald McDonald House and BC Children’s Hospital are providing the Palmer family with amazing care and support. Cole and his big sister Chloe are schooling at the hospital.