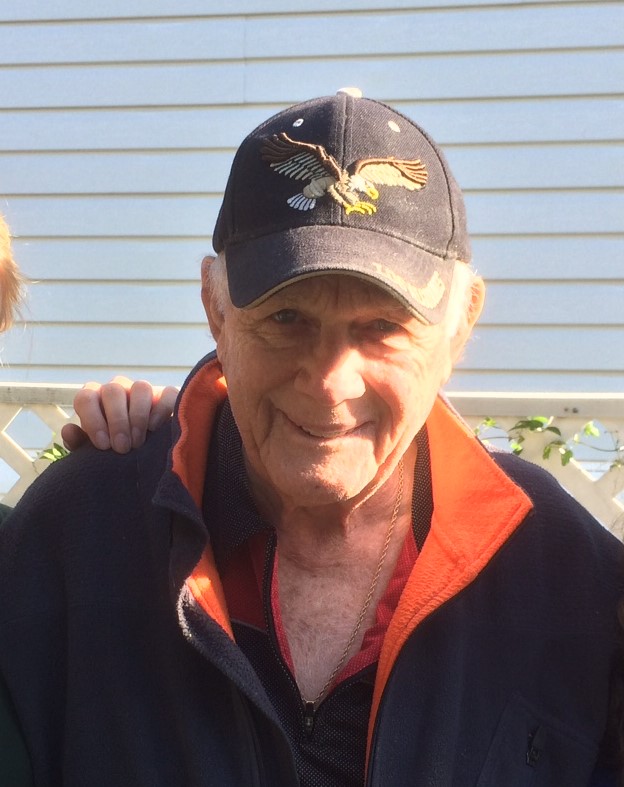 It is with great sadness that our family marks the passing of Gerald Woodard on Sunday, September 20, 2020, in Penticton, BC. Gerry was born in Chapleau, Ontario in 1932 and grew up in Thunder Bay. He joined the Royal Canadian Air Force and his career spanned several decades, taking him to places all over the world. Gerry met and married his wife Paula while serving on the air force base in Chicoutimi, Quebec. Gerry loved to tell stories about his air force days and would gladly talk about the various places where he served.

In the early 1970’s Gerry and his wife Paula decided to settle down and moved their young family to the still new village of Gold River. Gerry worked in the mill and was active with the Royal Canadian Legion. He loved to hunt and fish with his trusty dog Spike. Together they would spend hours roaming the Nimpkish and other local valleys in search of grouse and other wildlife.

Gerry retired from the mill in 1990. After his wife, Paula’s passing in 1998 Gerry remarried and moved to the Okanagan, where he continued to enjoy the great outdoors.

Gerry is survived by his wife Nicole; his two sons Jeff and Ian (Jennifer) and his four grandchildren, Jordanna, Kaitlynn (Harley), Jared and James. He will be lovingly remembered by his brother Bud and extended family from around the world.

There is no service by request.
In lieu of flowers or donations, please visit your local Legion and raise a glass in memory of Gerry.