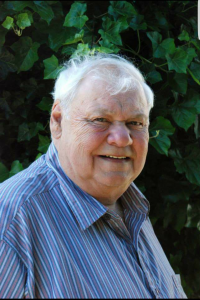 When Harry moved to Campbell River in 1965 he worked in the forest industry. In 1977 he moved to Gold River to work at the Pulp mill “for a couple of years”. He fell in love with the little town and worked in the Mill until it closed in 1998. When the Mill shut Harry went back to school, at age 55, to become a Barber and in 2000 opened Harry’s Barber shop. In 2005 he moved back to Campbell River, where he retired.

Harry loved the communities that he lived in; always ready to lend a hand. Belonging to service groups, he was a member of the 50th Parallel Radio Club, Gold River Lions Club and in his later years he was a Mason and a Shriner.

We’re grateful for the care Harry received from Doctor’s Meckin, Baerg, and Blair, the Home and Community Care Nurses and the Community Health Workers. Special thanks to Shelly Curtis-Wake and Kerry Hammell for their unconditional love and support, especially in the difficult days.

A celebration of Harry’s life will be held on Saturday, April 23rd at 2pm in the Masonic Lodge, 2905 Island Highway.

In Lieu of flowers, donations may be made to “Gizeh Shrine Children’s Charities” c/o Gizeh Shrine Centre, 3550 Wayburne Drive Burnaby, BC, V5K 3K9 or another charity of your choice.