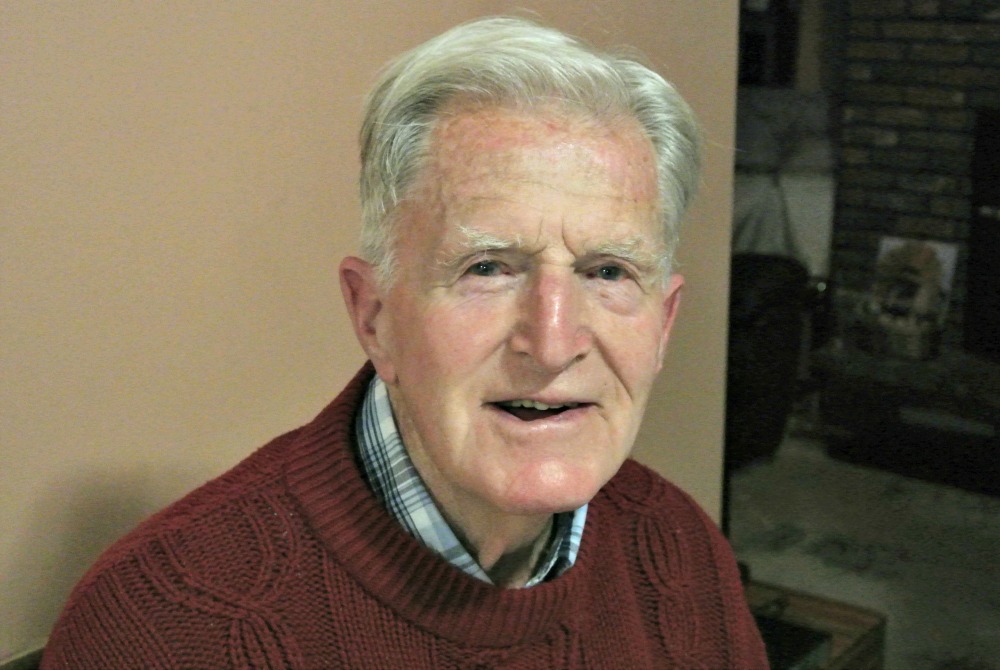 Robert Anthony Leslie (Tony) was born in 1924 in Shanghai, China to parents Mary and Norman Leslie. He resided there until he was 5 years old. He then went back to the family home in England to attend The Dragon School and then Cheltenham College. At age 18 he joined the British Navy where he served for 3 ½ years during WW2. He returned to England for a short while and then went to Nairobi, Kenya to manage a farm for the next 12 years. After leaving Africa, he again had a short time in England before coming to Canada. He came to Vancouver Island and met the love of his life, Kathleen Oates. They were married in 1961 and at the end of that year their first child, Penelope Anne was born. From then until 1964 Tony ran a dairy farm on Minto Road in Royston. His only son, Martin Anthony was born in 1964. He then worked at Bamberton Cement Works on the Malahat until 1966 when he moved the family to Gold River. He worked in the Pulp Mill as a First Aid Attendant and Stores Manager until his retirement. At that time Kate and Tony moved to Comox. Kate died in July 1998.

Tony loved life! He played tennis in Comox until he had his hip replaced at age 79. He loved to sing! He sang with CYMC Community Choir, North Island Choral and the choir of Comox United. At age 92 he would still go to Glacierview Lodge on a Sunday afternoon to “sing to the old people”! He was a voracious reader. He loved his garden and he loved to walk. He walked almost every day.

He left us far too quickly. He lived life to the fullest, right up to the end. He was the last of his generation but leaves behind his two children (Penny(Colin) and Martin(Betty-Lou)) and 5 granddaughters (Sarah, Madison, MacKenzie, Hannah and Jade).

Our Baba, was the best father, husband and friend. He excelled in keeping in touch with friends and family. He is an inspiration for all of us re growing old. At 92 he was healthy, of clear mind and still very active. He shall be missed by many.

A Celebration of Tony’s life will be held Saturday, September 3, 2016 at 1 pm at Comox United Church.