On Thursday January 12th, 2017 the Nootka Sound RCMP executed a search warrant on a residence in Gold River in relation to an alleged domestic assault. The search warrant yielded two insecure firearms, ammunition and a homemade silencer.

A resident of Gold River had been arrested and remains before the courts on numerous charges including assault, forcible confinement, possession of a prohibited device, unlawful possession of firearms and carless use of firearms. 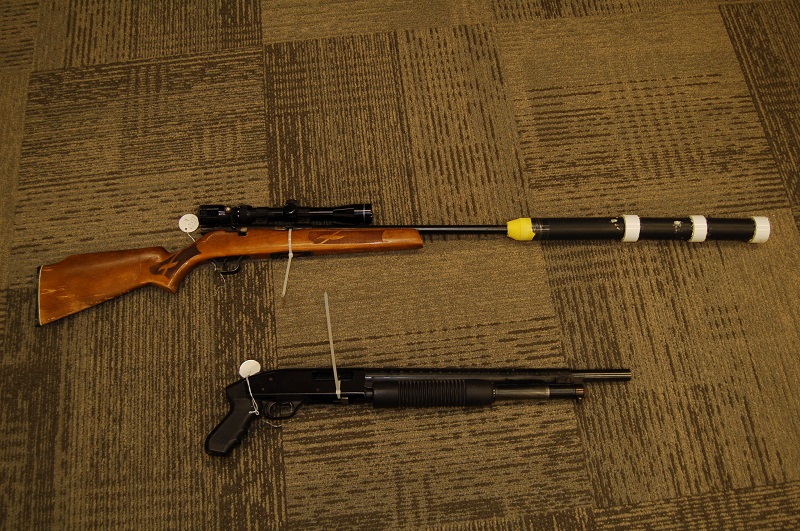